© Jason Craft, 2013-2015. Unauthorized use and/or duplication of this material without express and written permission from this blog’s author and/or owner is strictly prohibited. Excerpts and links may be used, provided that full and clear credit is given to Jason Craft with appropriate and specific direction to the original content. 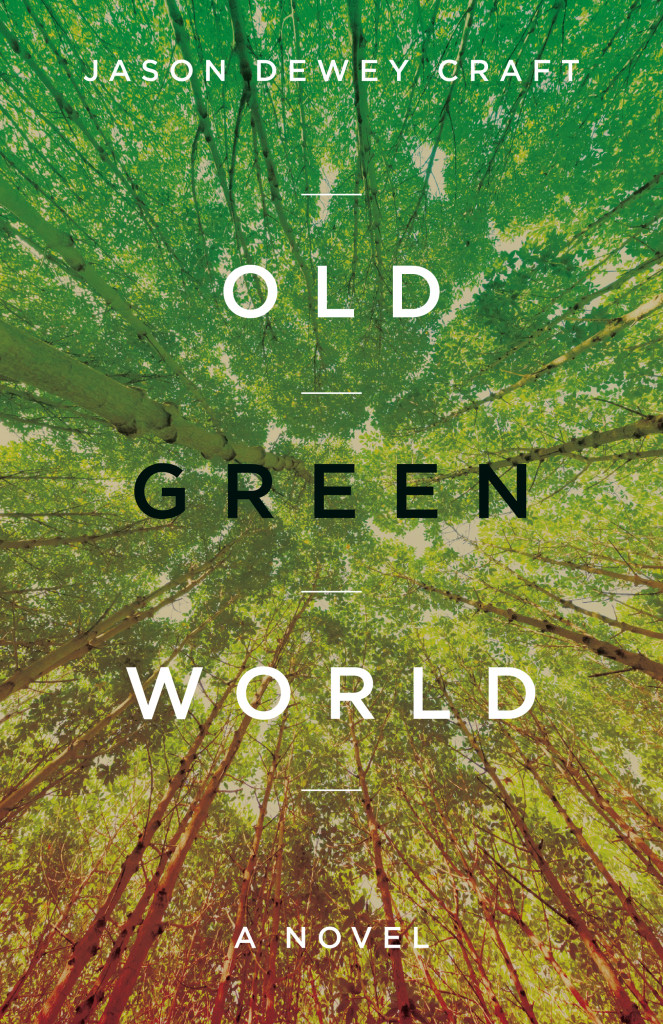 “Craft has created a complicated, powerful world with unexpected vulnerabilities, and the events that unfold there are a tapestry of small delights and astonishing terrors. A love story, an epic, a meditation; Old Green World is a crystal-clear vision of unfathomable mysteries.” —Susan Schorn, Author of the McSweeney’s column “Bitchslap,” and the memoir Smile at Strangers

The apocalypse happened 4000 years ago. A forest now covers the world. In its shadow, Albert, an immigrant military prodigy, falls in love with Thomas, a boy he can never marry.

Their island nation flourishes, led by strange monks called the Adepts—who have power over matter and the mind—and their holy figures, the mysterious Old People. The Adepts are building an army to storm the wild continent of Terra Baixa. They plan to tame the forest and rebuild civilization.

The forest doesn’t care. It is patient and vast. This is what happens.